The Muwashah and the so-called Andalusian style

The Muwashah, also writed Muwashshah, literally meaning embroider, or what binds a pearl next to the other in a necklace, is an Arab word that describes a free structure poem, in Arabic or Hebrew language.

Its origin dates back to the end of the 8th century (or 11th century according to sources), in Muslim Andalusia, Al Andalus. Some attribute it to Ziriab, while others to the poet Muqaddam ibn Muafa al Qabri. The muwashahat have as theme the courtly love or the wine.

During the Golden Age of the Arabic civilization, and until the 12th century, this poetic representation developed and expanded up to Cairo and Aleppo.

We speak of a muwashah in the singular form and muwashahat in the plural one.

And what is the muwashah music?

But the musical expansion of the muwashah in the Middle-East is due to musical compositions from the 19th century, in particular with Omar al Batch in Syria and Sayed Darwish in Egypt.

The muwashah in its musical form is traditionally part of a Nouba in the Maghreb, or of a Wasla in Syria and Egypt. These are musical suites, each with a very specific structure.

There are also some muwashahat put in contemporary musique, both from Middle-East and Andalusia.

This poem can be transposed into music, and if there is to talk about music, the dance is never too far away, but let’s not go there so quickly.

Yet another specification : the muwashah is also used in the Samaa, soufi “chant”. In this case it’s about spiritual “drunknness” and the love of God.

Let’s get back to the profane muwashah, singed by a solist or a chorus. When it is put into musical form, the rhythm accentuates each one of the words. It results in a very particular musicality and a great richness of the rhymes used. And this makes it very interesting for dancing!

And it’s there where the problems for the profane begin. In fact, the most famous muwashah in the Arabic world is Lammma Bada Yatathanna, which has as specificity containing just one single rhythm in 10 mesures, the samai (or samai thaqil).

Here are some examples of music.

The confusions to avoid

And the direct conclusion would be to consider every composition which uses the samai rhythm as beeing a muwashah…Horrible! Terrible!

So let’s take the time to explore the samai rhythm, in order to eliminate any ambiguity. The samai rhythm is of turquish origin, but is used also in the arabic music.

It can be found in the sharqi music, especially the magencies of Dina, the classical, andalusian-arabic and the Samai. Hold on, a samai in a Samai?!

New question, what’s the Samai (with “S” capital in this article to distinguish it from the rhythm)? It is a musical gender that appeared in the 14th or 15th century in the Ottoman Empire.

There in no chant-song (so no muwashah), and it’s structure is typically composed of 10 rhythm mesures (the samai of which we talk in the above paragraph, named samai thaqil) and of 3 mesures (the samai ta’er, a sort of rapid waltz).

Here are some sound examples to understand the structure of Samai and its main rhythm. The Samai are usually named with their maqam and the name of the composer.

A geographical and historical diversity of muwashah

Depending on who you ask, you may don’t even really know where you stand anymore! Indeed, the term Andalusian or Arabic-Andalusian doesn’t have the same meaning, according to the country and education. Thus the Maghreb Nouba is little known in the Middle-East.

While most of the muwashahat were written in the Middle Ages of Al-Andalus, many poems were also produced in the 19th and 20th centuries in Syria, Egypt, and even the Arabian Peninsula. As for the music, the majority of the Nuba are supposed to be close to those of origin, with local modifications, contrary to the compositions of the Middle East where the musical creation is renewed regularly to accompany modern and ancient muwashahat.
The muwashah is called Andalusian in Syria, since the middle of the XIX century because this poetic form is native of Al Andalus, a nostalgia of the golden age of the Arab conquest and its cultural influence, and perhaps also to asserting itself in opposition to the Ottoman invader. By extension, some musicians name the different parts from a Wasla, including the Samai, Andalusian music …

How can you dance the muwashah?

Pretty much as you want it, as long as it’s made with elegance. There are no rules, because there isn’t a dance tradition of this style. While the choreographer Mahmoud Reda created his own style, others developed differently this new style of dance. With or without scarfs in hands, in middle-age costume or in bedhah, on the ground or not, it’s up to you.

Here are some examples of dance interpretation on a mouachah, creations or traditions of the Middle East.

A muwashah performed by Leila Mourad and “danced’ in group

Another version of the same song by a Syrian group (or Lebanese?)

Nesma Al Andalus with her his own style

And a personal interpretation ;-)

We sometimes find oriental dance teachers who call muwashahat dance a Samai. The Samai is dancing (all the music can dance as long as it is not religious) certainly with elegance also because it is a learned music, but it is neither the Middle Ages nor Andalusian nor a poem.

I wouldn’t have been able to write this article without the precios help and patience of many musicians including Delchad Ahmad (Syrian violin virtuoso) and Nesma Al Andalus (choreographer and producer of Andalousian music),

I published this article before attending the training dedicated to the Andalus style, in the program AATEC of Nesma. During this ultra complete formation, I had the immense pleasure to deepen 3 axes: the musicality, the workshop takes place with brilliant musicians/the rhythmic, the musicologist Irene Shams introduces the many and complex rhythms of this style/the rich and in-deph technique of Nesma.

“ The Arabic-Andalusian music”, by the researcher Christian Poché regarding the music resulted of Al Andalus and spreaded out to Maghreb

Al Nasseem, produced by Nesma Al Andalus, music composed for the dance inspired by the muwashahat, of a great rhythmic and melodic richness 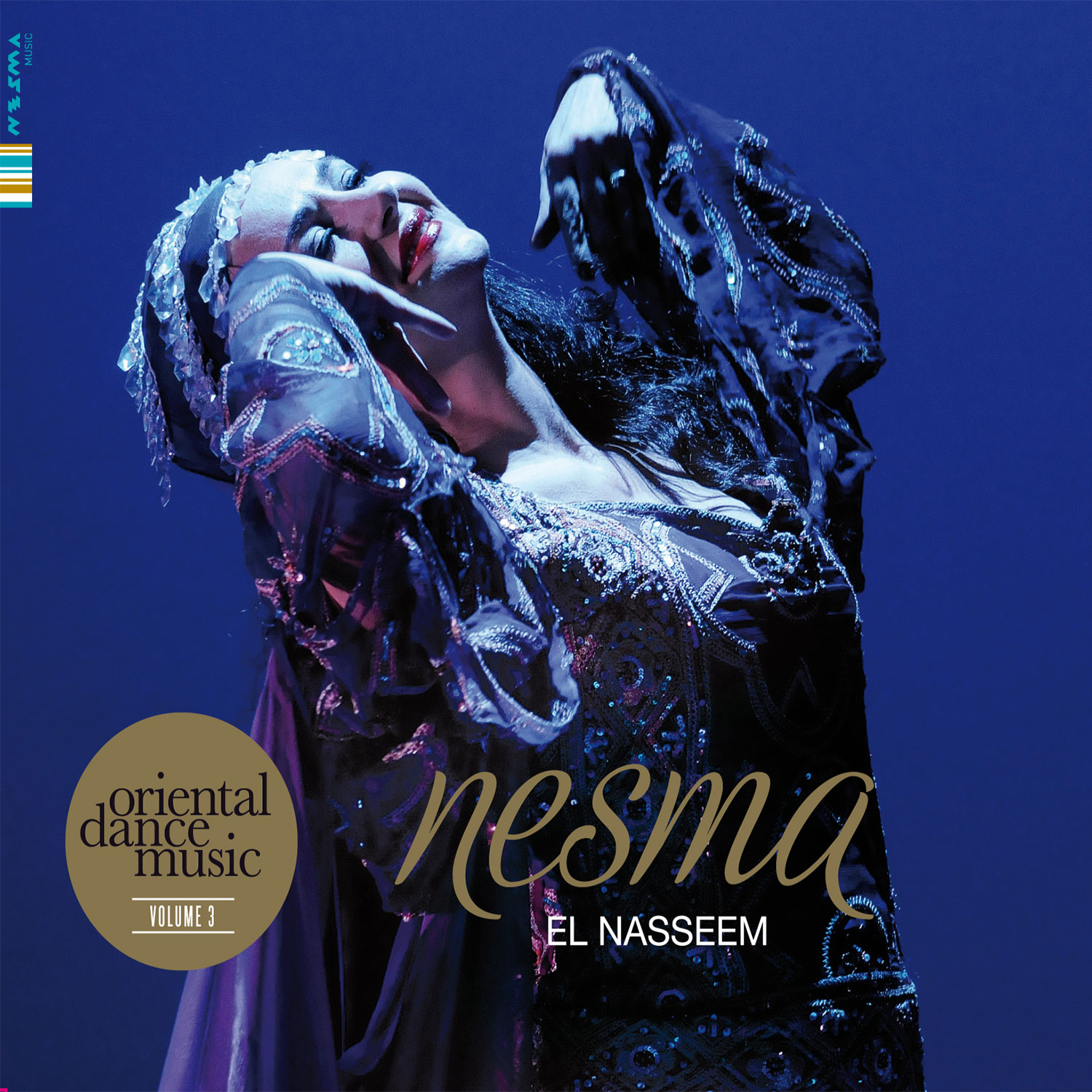 Andaloussiyat, an album of the Lebanese singer Fairuz

Mawawil & Mouwachahat, one of the many albums of the greatest voice of Syria, Sabah Fakhri 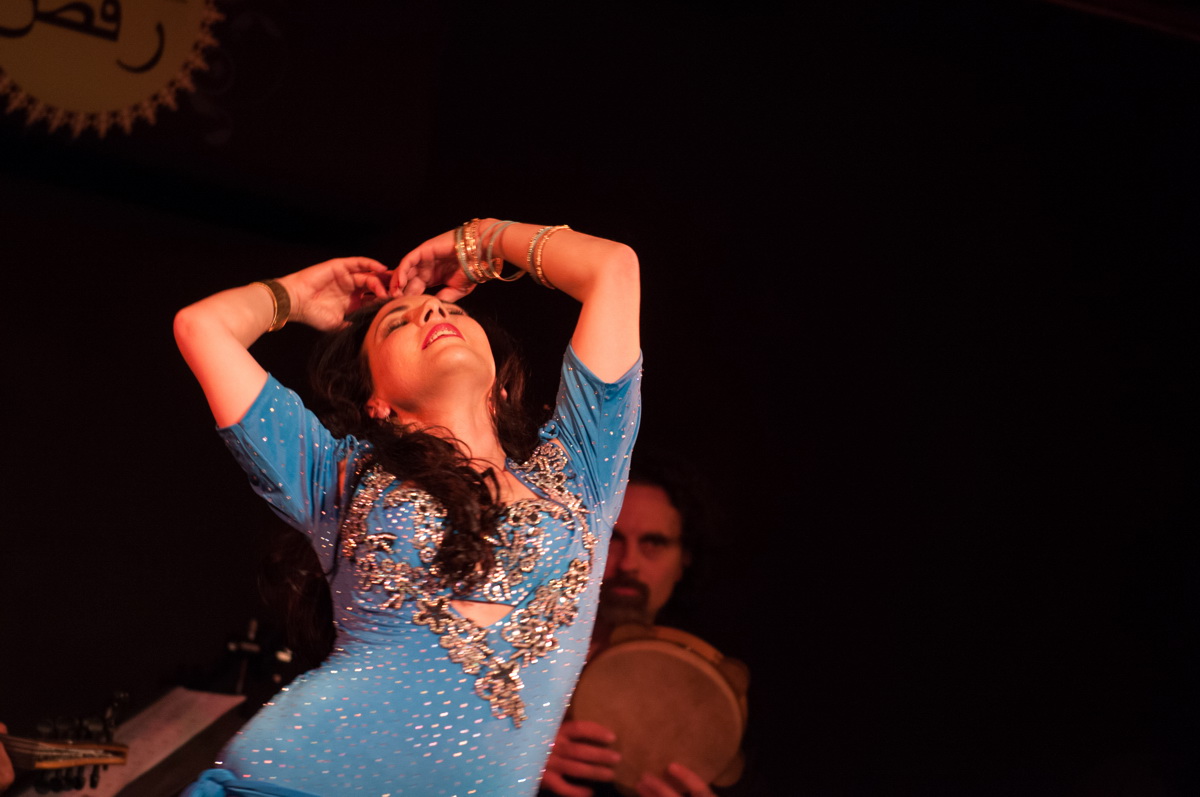 A genuine devotion to the beloved art of bellydancing

Learning and transmission: from her first steps in a dance studio, to her current stages, Ibtissem receives continuous training. Discover her career as an oriental dancer and her teaching … 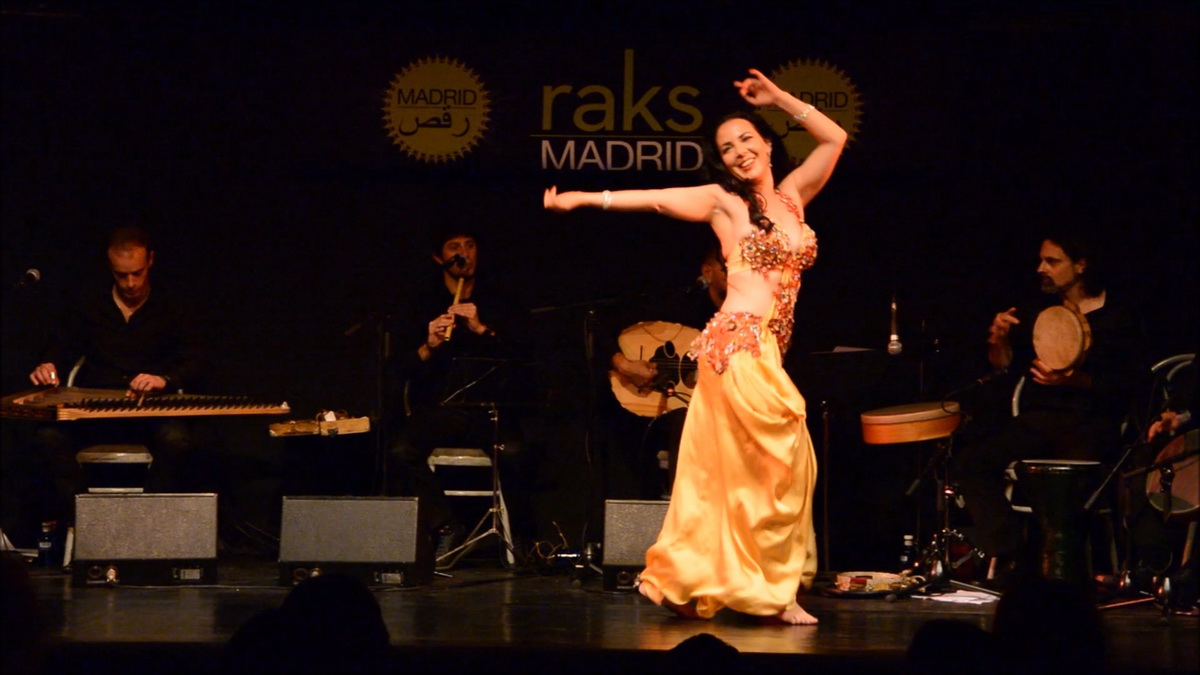 A selection of belly dance videos by Ibtissem